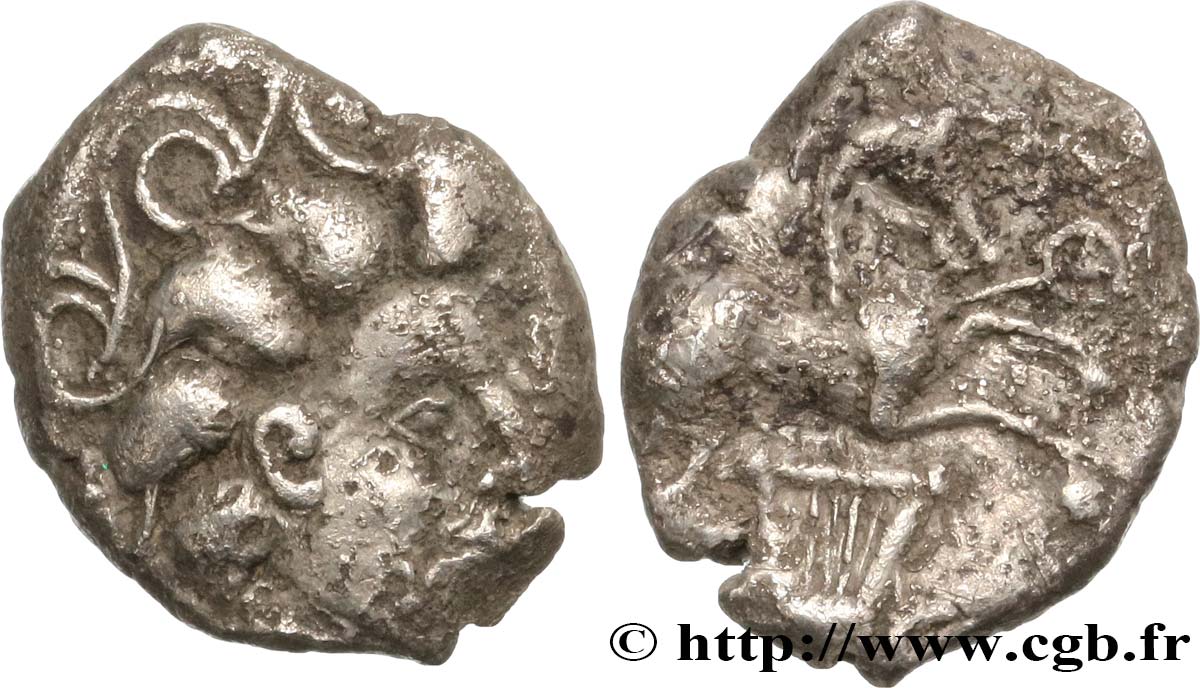 The Aedui (Aedui), which could result in the "Ardent" were certainly after the Arverni, the most important people of Gaul. Their territory stretched between the Seine, Loire and Saône on current departments of Saône-et-Loire, Nièvre, a part of the Côte-d'Or and Allier. They occupied a strategic position on the dividing line between the waters of the Mediterranean, the Atlantic and the Channel. The Aedui, perpetual rivals Arverni had replaced after the end of the Arverne empire and defeat 121 before J. C-. Faithful allies of the Romans at the beginning of the Second Punic War, when Hannibal crossing Gaul in 218 J. C-. This is thanks to their alliance Domitius Ahenobarbus could justify its intervention against the Savoyards in 121 before J. C-. They were not foreign to Roman intervention in Gaul and the outbreak of the War. In 58 J. C-. The Aedui appealed to Caesar to protect against the Swabian invasion of Ariovistus that threatened their territory and again to contain the Helvetic thrust. If vergobret Liscus, chief magistrate of the Aedui, remained faithful to the Roman alliance, part of the oligarchy Aeduan rallied the Gallic camp Dumnorix and Divitiacos. The Aedui remained faithful to the Roman alliance during the War although Caesar is estimated at thirty-five thousand men who participated in the Aedui Gallic coalition. Caesar did not stop their rigor and they received citizenship because they were considered "brothers inbred Roman" directly. Their oppidum was Bibracte (Mont Beuvray), but they left before 15 J. C-. to found Augustodunum (Autun). Caesar (BG. I, 10, 33, VII, 32, 33), Strabo (G. IV, 3). Kruta: 21, 46, 69-70, 187, 251, 348-349, 351, 359, 362, 364-365.