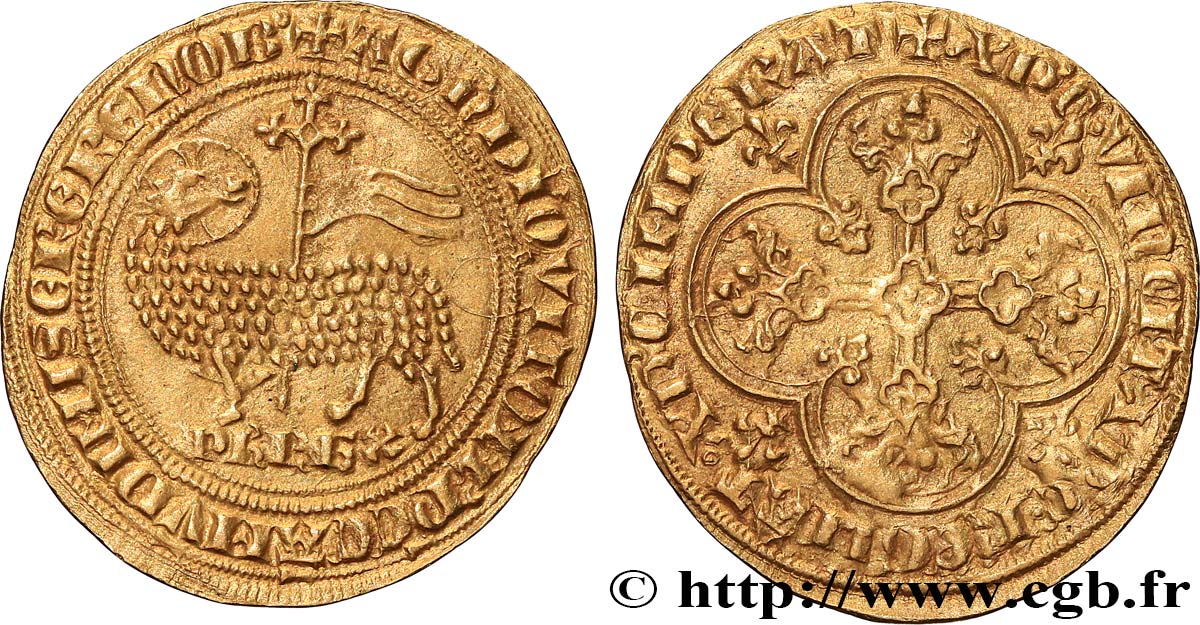 Born in Fontainebleau in 1268, Philip IV was the son of Philip III and Isabella of Aragon. The big story of this reign was the quarrel between the king of France and Pope Boniface VIII. The popes of the thirteenth century were docile allies France. The legate Gaetani Benoit came to the assembly of the clergy of St. Genevieve of Paris to announce the confirmation of the bull "Ad fructus uberes" (1281), which exempted the mendicant orders to the authority of bishops. Celestine V, hermit lost on the papal throne abdicated in 1294, Gaetani was elected pope. Originally Anagni, nephew of Alexander IV, an official of the Curia, he was crowned with pomp, response to great refusal Celestin. The first dispute with the King of France came when it did pay for a new decimating the clergy. Boniface threw the decretal "Clericis laicos" (1296), which forbade the kings receive subsidies from the Church without the permission of the Holy See. In retaliation, Philip prohibits outflow of gold and silver of the kingdom, and therefore revenues of the Holy See. The Pope replied by letter violent "Ineffabilis amor", but occupied by the fight against the Colonna and the Aragonese of Sicily, he relented and agreed to canonize Louis IX (1297). During the Jubilee 1300, Boniface asserted again theocratic principles. Therefore, he let himself be carried away by his megalomania. The break with the King of France came from Bernard brought to trial Saisset, bishop of Pamiers in 1301. Accused of plotting to independence Languedoc, this prelate was held by the king to Senlis. Immediately, the Pope ordered Philip to release Bishop and published bubble "Ausculta fili", where he announced his intention to convene a council on 1 November 1302. Philip answered a meeting of the three orders on 10 April 1302 convening in Paris. , Peter Flote harangued members against the pontiff. But Flote and Robert d'Artois died a few months later at the Battle of Courtrai (11 July 1302). The Synod therefore announced duly occurred in November 1302. Boniface there published the famous bull "Unam sanctam" manifest in the most absolute theocracy, which concludes: "be subject to the Roman Pontiff is to every human creature condition of salvation". After a moment's hesitation, retaliation were entrusted to Guillaume de Nogaret. He wanted to remove the Pope, have it translated before a council which would introduce. In March 1303, Nogaret went to Italy with his cronies. Arrived in the Peninsula, he allied himself with the enemies of the Gaetani, including Sciarra Colonna. On September 7, the band entered Anagni and grabbed the pontiff, who was molested. But the 9, the population revolted and drove Nogaret. Broken by the ordeal, Boniface died in Rome on 11 October. The new pope, Benedict XI, lifted Philippe of all convictions and died in turn. A conclave held at Perugia in 1305 appointed the Archbishop of Bordeaux, Bertrand de Got, who took the name of Clement V. It gracia Nogaret and his accomplices and was crowned in Lyon in November 1305 in the presence of the King of France. Ten Gascon were immediately raised to the purple. It was the triumph of the French party. Inside, the kingdom experienced the same success relied on violence. This time the enemy was to kill the Templars. Founded in 1128, the military administered vast areas in Western Europe and had turned into a gigantic banking network. The capture of St. Jean d'Acre made them useless institution, failing crusade, and power umbrage to the king. Suddenly, Oct. 13, 1307, all Templars and including their Grand Master, Jacques de Molay, were arrested on charges of heresy and their property confiscated. A royal manifesto against the Templars was read in a public place and they submitted the question, confessed all the crimes that we wanted. In 1308, throughout Christendom, against the order of the trial opened. At the Council of Vienna in October 1311, the order was finally set at the bottom, despite the lack of physical evidence, under military pressure from Philippe. In April 1312, the Pope issued the bull "Vox in excelso" which suppressed the order without explicitly condemn. His property passed to the Hospitallers and rulers of various countries where it was implemented. The dignitaries were burned. Other political trials punctuate the second part of the reign: the Bernard Delicious, that of Guichard of Troyes, one of the daughters of the king. Similarly, Jews and Lombards were victims of evictions and repeated extortion. Currencies suffered successive depreciations, the church had to pay several tenths, forced loans, the charges hit cities. Despite the discontent, nothing came to disturb the quiet domination of royal authority, who took to consolidate its power politics regular consultations on three levels. Philippe IV surrounded himself with lawyers, and foreign men fresh nobility Pierre Flotte, Guillaume de Nogaret, Enguerran Marigny. Outside, peace was made with the Aragonese (1295). Charles de Valois married in compensation the daughter of Charles II of Anjou and Maine Anjou and received. In Italy, it had to give way to the Aragonese of Naples (1302). The English side, after entering the Guyenne, peace was made by the Treaty of Paris 1303. In 1307, Guyenne was restored, and the following year, Edward II married Isabella, daughter of Philip the Fair. The biggest failure of the king took place face to the Flemings who crushed his army in July 1302 in Kortrijk. After the victory Mons-en-Pévèle, in 1304, Flanders had to deal. In June 1305, Robert de Bethune, Count of Flanders, had to agree to pay an indemnity of 400,000 books and to give Lille, Douai and Bethune until full payment of the sum. The execution of the treaty making trouble, a new arrangement was concluded at Pontoise in 1312: this was the famous transport Flanders. Such was the reign of Philippe le Bel, dark age of a first absolutism and one reason State. By means of losses, the king had continued the policy of St. Louis, which then took the time in the collective memory of FIG golden age.