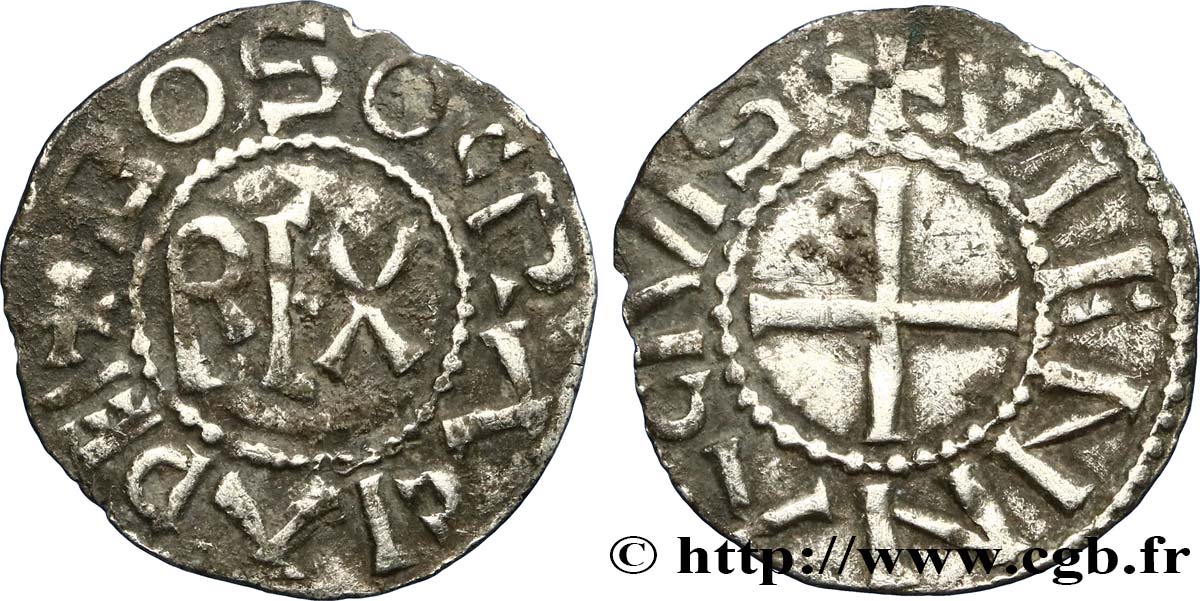 Higgs was born about 842. In January 871, Charles the Bald appointed Governor of Lyon and Vienna, load previously occupied by Girard. The following year he was appointed councilor and chamberlain of the son of Charles the Bald, Louis the Pious, king of Aquitaine. That same year he recovers County Berry following the testimony of Count Gerard of Auvergne. In February 876, he received the title of Pavia Viceroy. That same year he married Queen Ermengarde of Provence, daughter of the late Emperor Louis II. From this union were born four children, Louis III said "the Blind" in 883. The death of Louis II "le Begue" occurred in April 879 is at the origin of conflicts of succession. Two son, Louis III and Carloman II succeeded him, the latter getting that Burgundy, while Boson obtained County Autun. On 15 October 879, the castle Mantaille near Vienna, most major met and elected Boson as the man best able to defend the kingdom and the Church. He established his capital at Vienna and was consecrated by Aurelian, Archbishop of Lyon. Pope John VIII refused this election. Charles III "the Fat" and Louis II "the German" allied in June 880 to their cousins ​​Louis III and Carloman to overthrow Boson. 880 end, many cities are taken, Autun, Besançon, Lyon, Mâcon. . . Boson and is besieged in Vienna. The siege was lifted quickly, Charles "the Fat" to be crowned in Italy. In 882, the imperial troops appear before Vienna is looted and burned. In 884, Charles III "the Fat" is elected King of the Franks and recognizes Boson as King of Provence provided that paid homage to the kingdom of France. Boson died 11 January 887 and was buried in the church of Saint-Maurice Vienna.