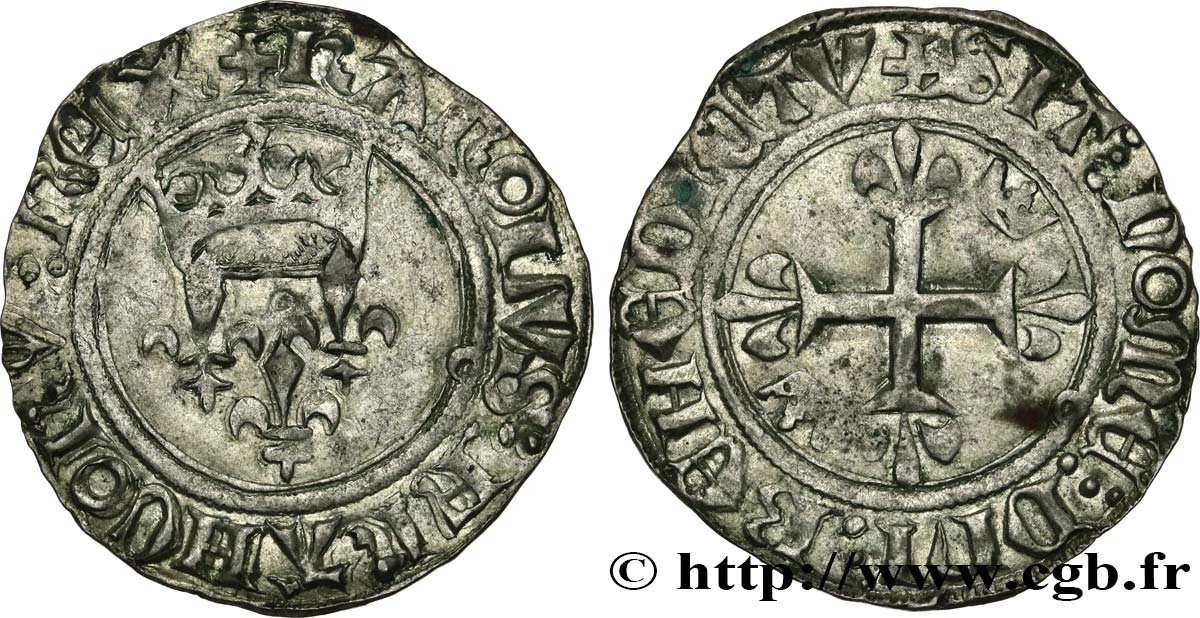 CHARLES VI THE CRAZY OR THE BELOVED

Born in Paris in 1368, Charles VI was the son of Charles V and Jeanne de Bourbon. In 1380, Louis of Anjou exercised the regency, Burgundy and Berry guardianship of the royal children. Advisers of Charles V were kept in power. But Louis was funded by the royal coffers shipment to Italy to recover the estate of the Angevins of Naples. An era of unrest opened: Great Schism from 1378 urban riots in Languedoc, Italy, England and Germany, soon Flanders, Paris and Rouen. From 1383, the royal power took over, and the repression was terrible. In January 1383, the provost of the merchants was united with the provost of Paris and the courts dissolved trades. In 1382-1384, Jean de Berry recovering from the order in Languedoc. In January 1384, Philip the Bold, Duke of Burgundy, became Count of Flanders, on the death of his father-Louis de Male and married in 1385, the young king to Isabeau of Bavaria. In 1388, Charles VI sent his uncles and reminded councilors of his father (Bureau de la Riviere, Jean Mercier, John Montagu), the "Marmosets" and placed at the head of the Board Louis II of Anjou and Orleans , son of Louis I, who died in 1384, who assumed the title of King of Jerusalem and Sicily. In August 1392, during an expedition against Britain, Charles VI went mad. The Marmosets were expelled from the Council. Louis of Anjou and the king's uncles, Berry and Burgundy, seized power. Philip the Bold concludes peace with England and Richard II married Isabella of France. But in 1399, the Duke of Derby became King of England under the name of Henry IV had to start all. For Philip the Bold died in 1404, was succeeded by his son Jean fearless hero of the crusade of Nicopolis, which was soon to face Louis d'Orléans. On 23 November 1407, the Duke of Orleans was murdered out of the hotel Barbette. His son Charles allied himself with great feudal du Midi, the Constable Charles d'Albret and Count VIII Bernard d'Armagnac, forming the party says "Armagnacs". In 1412, the Duke of Burgundy, who had joined the Parisians by demagogic measures, made his entry into the capital. Since 1411, the Burgundians were allied with the English, who landed in Cotentin in 1412. In 1413, the States General met in Paris under the supervision of the Burgundian party to prepare an order for reform. A Parisian riot, party says "Cabochiens" stopped the process. In August, the Duke of Burgundy to leave Paris and the Duke d'Orleans returned. However, Henry V, King of England since 1413, landed at the mouth of the Seine. In October 1415, he decided to earn Calais. The Army of Charles VI blocked his way. The battle took place at Agincourt October 25, 1415. French chivalry was cut to pieces, the Dukes of Orleans and Bourbon fell into the hands of Henry V. In 1417, the French fleet was destroyed at La Hogue in 1418 Henry V took possession of Normandy. On 29 May 1418, Paris fell to the power of the Burgundians. The Dauphin Louis escaped with difficulty. The September 10, 1419 took place a meeting of reconciliation between John the Fearless and the dolphin, the Duke of Burgundy there was stabbed. The Burgundian party now turned definitively to England. After negotiations between Franco-English and Burgundians, Arras, the peace treaty was sealed Troyes May 21, 1420: Henry V married the daughter of Charles VI and Isabeau of Bavaria, became regent of the kingdom and the Dauphin Charles was disenfranchised. In August 1422, Henry V died at Vincennes, Charles VI followed him to the grave in October following. The Duke of Bedford became regent of France and England for the young King Henry VI, while the Dauphin fled to Bourges, proclaimed himself king under the name of Charles VII.