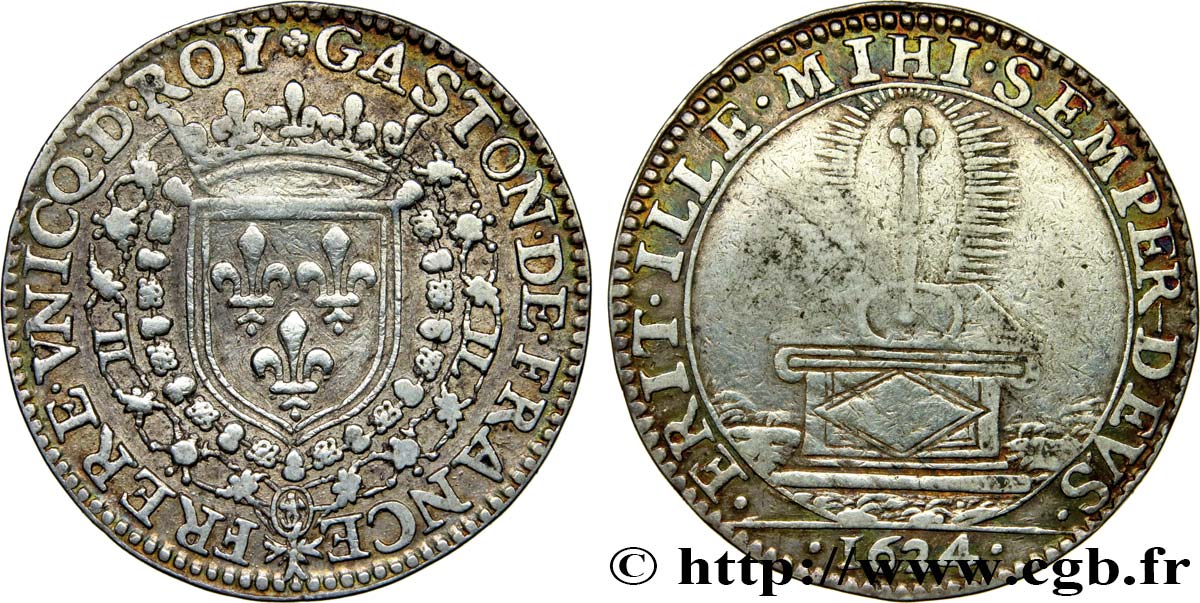 Gaston (1608-1660) was the third son of Henry IV and Marie de Medici. He received the title of Duke of Orleans after the death of his brother Nicolas in 1611. He is engaged in the same year the daughter of Duke Henry of Bourbon-Montpensier whom he married in 1626. She died in 1627 giving birth to a baby girl, Anne Marie Louise d'Orléans (1627-1693), the future Grande Mademoiselle. Gaston is usufructuary for his daughter to the 1650-1657 period. This is a born conspirator. First he supports his mother he is the favorite against his brother Louis XIII son. He returned to favor in 1625, but still participate in the Day of Dupes in 1630. He is obliged to leave the kingdom, and took refuge in Lorraine conspires with Duke Charles IV which he married the sister, Marguerite of Lorraine (1615-1672), in 1632 and they had three daughters. Louis XIII invaded Lorraine and breaks the marriage. At the end of the reign of Louis XIII, he is reconciled with his brother after the death of Richelieu. After the death of Louis XIII, it will be a major player in the Fronde between 1645 and 1654. He returned to favor after 1657, makes Dombes his daughter and died in 1660 leaving his collection to his nephew, Louis XIV.