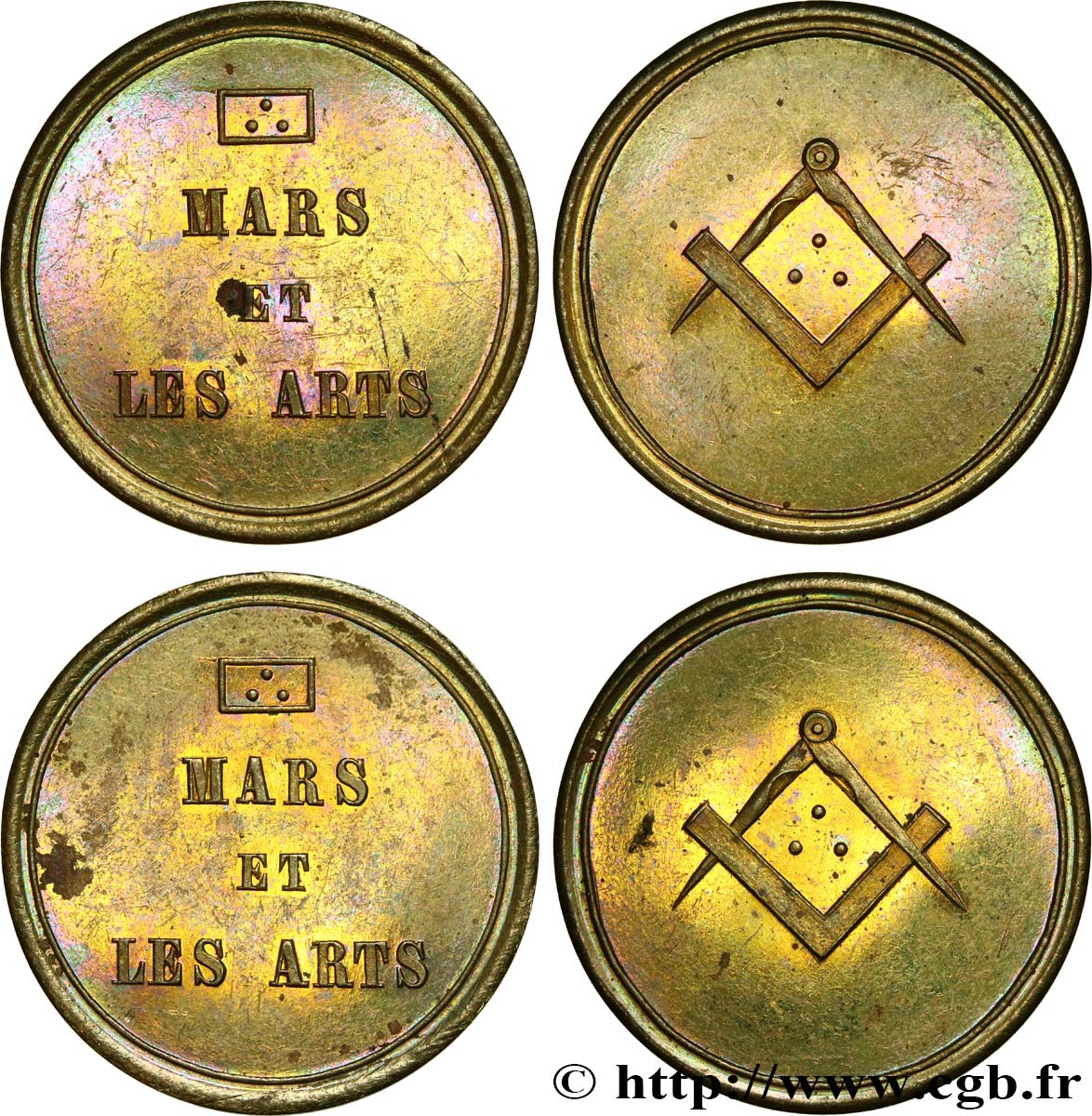 The compass and square are often combined in an ambivalent symbol of balance: fixity and mobility, passive and active, matter and mind. The compass is the tool of the Creator and the Great Architect of the Universe. The spacing of the branches of the compass is subject to specific rules and varies between three levels: apprentice, journeyman, master. The Napoleonic era in the activity of dressing like that of many groups, saw a flowering after the terrible years of the revolutionary period. Masonic activity, stripped of its republican theories and firmly controlled by a Grand Master appointed by the Emperor, enjoyed a force in the unit never recovered since. Considering that each regiment, each garrison, each city had his Lodge. Testimony that we let the chips sumptuous period show that these lodges were rich and influential. The symbolism is sought, without comparison with later periods, much more conventional or bland or destitute in the early twentieth century. Freemasonry counted over a thousand lodges spread over the one hundred and thirty departments and over sixty thousand Brothers.