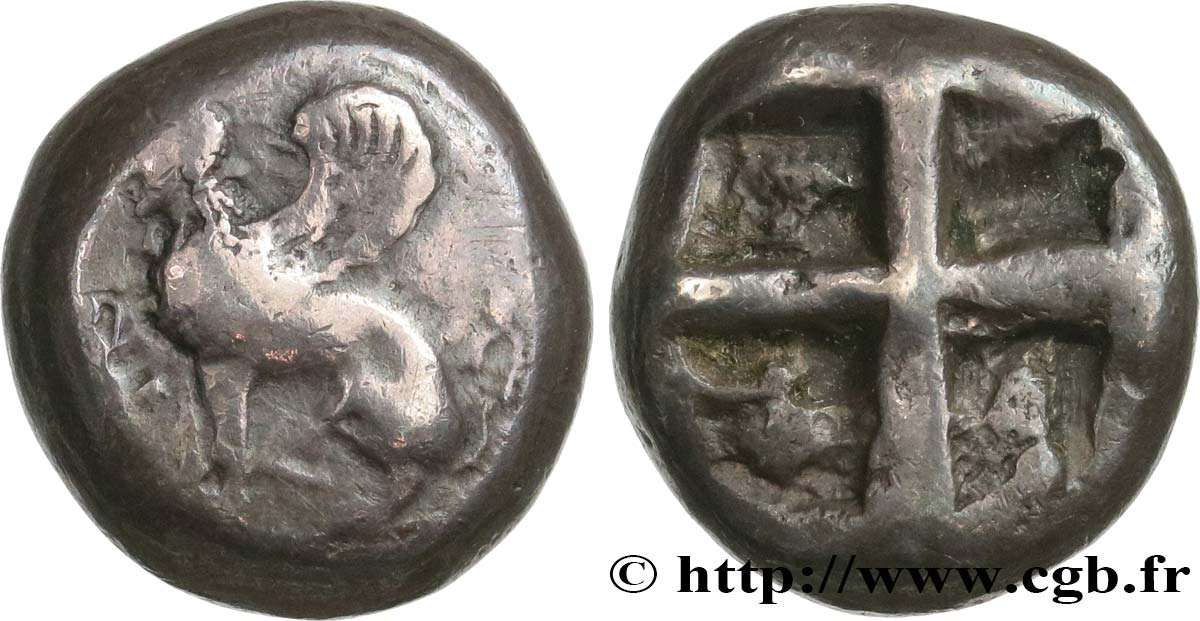 The island and the city of Chios were located in front of the city of Eritrea. Coinage began in the middle of the sixth century BC and lasted to the archaic style, until the middle of the fourth century BC Chios was a port and a reputed mall. The city seems to have participated in the revolt of Ionia against the Persian yoke in the early fifth century BC (500-494 AC). (Herodotus VI.26). A decade later, she sent a fleet of seventeen vessels Xerxes is preparing to invade Greece (Herodotus, VII.95). The island seems to have belonged to the Delian League after 477 BC The city is Athens ally. Chios left the alliance in 412 BC From the third century, Chios lost its autonomy after she found peace of Apamea in 188 BC The city was destroyed by Mithradates VI of Pontus in 86 for supporting the Romans. Sylla restored the city and 84 and declared ally of Rome.