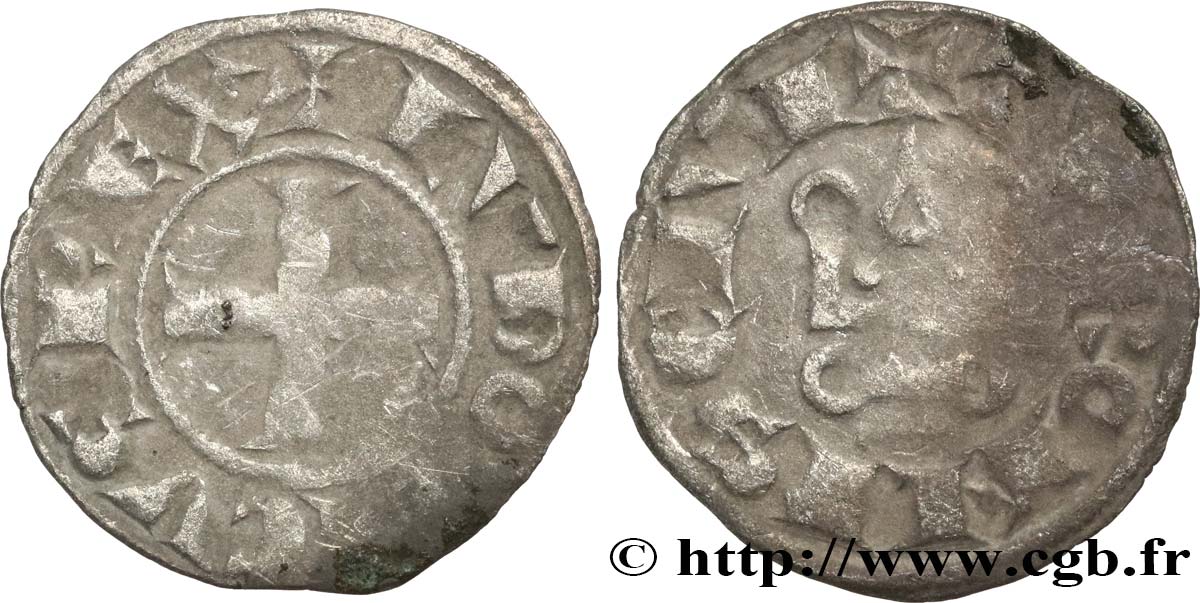 Son of Philip Augustus and Isabelle of Hainaut, born in 1187, Louis VIII began to play a political and military role in the reign of his father. In 1213, Louis joined the crusade in 1209 by the barons of northern France against the Albigensians, that is to say, the Cathar heresy that gained momentum in the South fifty years earlier. However, he had to delay his departure to fight against the coalition which had risen against his father, it was during this war that won the victory of La Roche-au-Moine (2 July 1214). The following year, the prince finally came down in the south to assist Simon de Montfort in the conquest of the areas of the Count of Toulouse, Raymond VI. In 1216, he landed in England, came to London and prepared to dethrone John Lackland. The Death of King John, October 19, 1216, saved his dynasty. After the death of the unpopular monarch, the Church took advantage of his son, Henry III Plantagenet. Louis was defeated Lincoln in April 1217 and the French fleet was destroyed in August. After the death of Simon de Montfort, in 1218, Louis returned to Languedoc to rectify the situation and took the head of the massacres of heretics, but could not take Toulouse. Shortly after, Amauri, heir of Simon de Montfort, the king gave up his rights in the South. When he was crowned king in 1223, Louis VIII had so behind a brilliant past military campaigns. His short reign was the continuation. In 1224, the new king submitted Poitou and Saintonge. Now only Gascony remained in English hands. Finally, in 1226, he led the final Crusade against the Albigensians and took his place in Languedoc. Two royal seneschal were created in Beaucaire and Carcassonne. It is on the way back that the king died, struck by dysentery, November 8, 1226. Ascended the throne at the age of thirty-six years, it was a continuation of the reign of Philip Augustus and retained the existing management team. As prince and as king, he was a warrior first, working to submit the feudal royal authority. Blanche of Castile, Louis VIII had eleven children, six of whom survived. The eldest, the future Saint Louis, succeeded him. Alfonse was Count of Poitiers, Robert Count of Artois, Count Charles of Anjou and Provence, King of the Two Sicilies and holder Emperor of Constantinople.