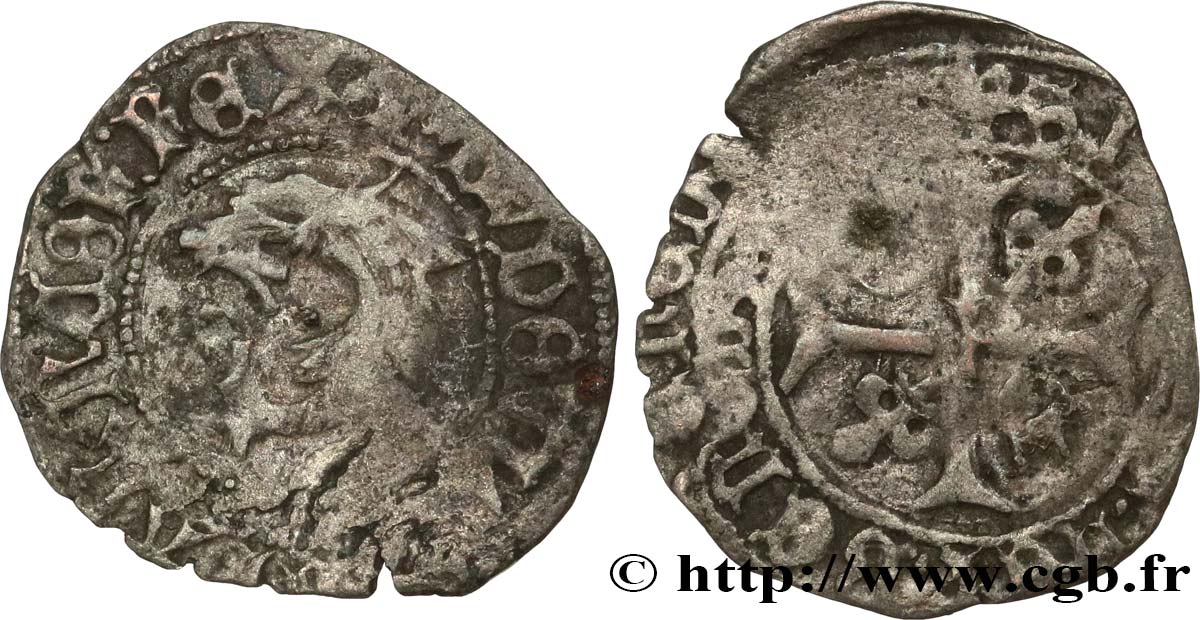 Born in Bourges in 1423, Louis XI lived his early years in Loches. From 1439, Charles VII the association in power. The first break with his father intervened in 1440, when Praguerie. After which Louis waged war against the English and the Armagnacs. New revolt in 1446: Louis tried to seize Agen, and the following year his father into exile in Dauphiné. Dolphin ruled this province with wisdom and erected in 1453 the Dauphin Council Parliament. Always intriguing against his father, he married Charlotte de Savoie in 1451. In 1456, he fled to Philip the Good, the powerful Duke of Burgundy. The death of Charles VII prevented a war between the king and his powerful vassal. This is accompanied by Philippe Louis XI made his entry into Reims be crowned in August 1461. After winning Paris together, they separated and Louis settled in Touraine. Aged thirty-eight years, the new king was as crafty and thrifty that the Duke was sumptuous and without malice. He deposed his father's advisers and replaced them with his creatures (the bastard of Armagnac, Pierre Morvilliers). "Universal Aragne", the king formed a powerful network of loyal. Very quickly, Louis XI ran feudal, his former allies. "War of Public Good", in 1465, brings together several vassals led by Charles Berry, brother of King. By the Treaty of Conflans and St. Maur (October 1465). Louis had to give Normandy to his brother, the towns of the Somme to Charles the Bold, son of the Duke of Burgundy, and give the lieutenant-general of the central provinces to Louis de Bourbon. King soon regained the advantage, taking advantage of unrest which followed the death of Philip the Good (1467). Now a prisoner of the Bold during the interview Peronne (October 1468), Louis XI had to leave Flanders spring the Parlement of Paris and assist in decision-Liège, which he had supported the revolt against the Burgundians. Charles of France received the Guyenne, but died in 1472. War with Charles the Bold had flared up. A truce was concluded in 1472. Jean V of Armagnac was defeated and killed in Lectoure (1473). The Duke of Alençon, arrested, died in 1476. Great feudal period was over coalitions. The fight against the house of Burgundy, who was trying to build a centralized state, independent of France and the Empire, a new Lotharingia went covertly from 1473. In 1474, the Alsatians conquered them and killed the Grand Bailiff of the Bold, Pierre de Hagenbach. In 1474, the Swiss and the Duke of Burgundy went to war: danger of encirclement by the cantons and French, Charles got a descent on the continent of the king of England, Edward IV. Louis XI stopped what danger the peace of Picquigny (August 1475) and continued liquidation of feudal: the Constable de Saint-Pol (1475), the Duke of Nemours (1477). After a truce with France, Charles the Bold seized Lorraine and wanted to take revenge against the Swiss, Louis continued to fund the armies he was beaten Grandson (March 1476) and Morat (June 1476). Struggling against the rebellious Lorraine, Duke of Burgundy was defeated and killed in front of Nancy January 5, 1477. His daughter Mary had to face the troubles of the Netherlands, while Louis XI annexed the two Burgundies, Picardy, Artois and the Boulonnais. In 1477, the daughter of Charles the Bold married Maximilian of Austria. She died in 1482, leaving her husband as guardian of their son and heir Philip the Handsome. A peace treaty was signed with France in December 1482. In 1480, after the death of King René, Louis had annexed Anjou and Bar. In 1481, the death of Charles of Maine, Maine and Provence. The internal government of Louis XI remained famous for its authoritarianism. The States-General that did not vote for the tax without discussing. Three parliaments were created in Bordeaux (1462), Perpignan (1463) and Dijon (1477). To overcome the opposition of the Parliament of Paris, Louis XI evoked number of political trials in the Council and gave them to special commissions. The tax burden increased significantly to finance ongoing war. In 1472, a concordat was concluded with the Holy See, but the Church of France was entirely in the hands of the king. Removed Montil-lès-Tours after 1479, Louis XI gave a superstitious devotion, where the cult of relics was the greatest place. He died August 30, 1483 and was buried in Our Lady of Clery. Married to Margaret of Scotland and Charlotte of Savoy, Louis XI was the latter three children who survived him, Anne, married to Pierre de Beaujeu, Jeanne, who married Louis of Orleans and Charles, sickly child, who succeeded him.