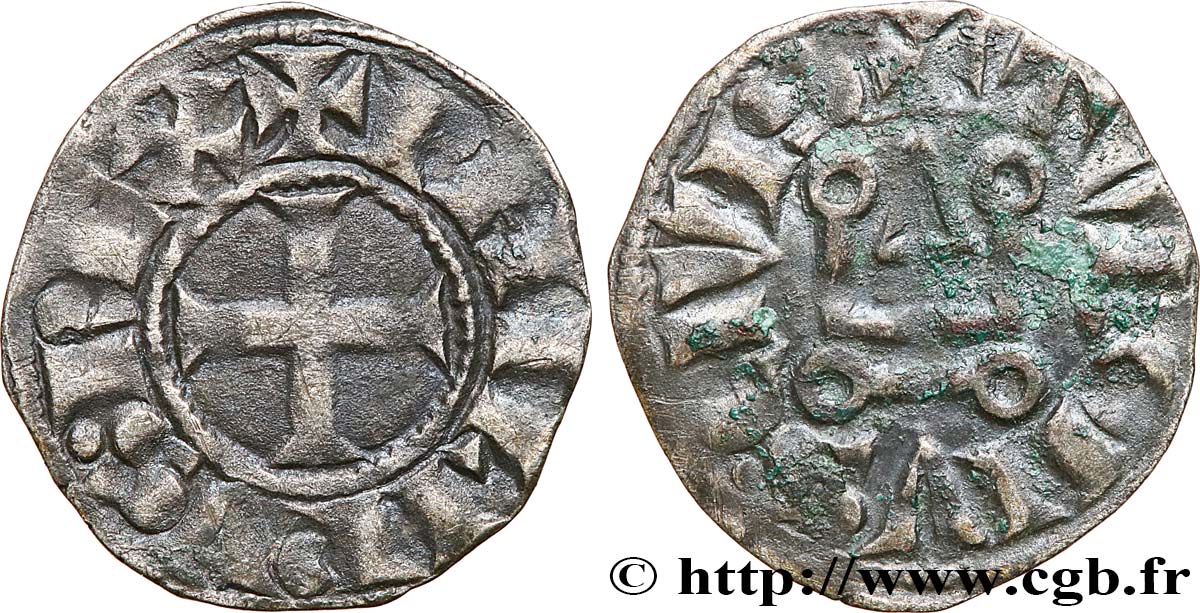 Born in 1245, second son of St. Louis, Philip III succeeded him at the age of twenty-five years. Having brought the Crusader army in France driven by his father to Tunis, he inherited in 1271 from the lands of his uncle Alfonso: Poitou and County of Toulouse. Peter, fifth son of St. Louis, he inherited the Perche. He bought the counties of Nemours (1274) and Chartres (1284). But the policy of Philip was mainly oriented towards the south. In 1272, he took possession of Foix. In 1273, Edward I lent him homage for his fiefs and, six years later, the King of France gave him Agen. In 1274, he ceded the Mont Ventoux area Holy See. From 1276, Philip III mingled conflicts related to inheritance of the kingdoms of Navarre and Castile. In 1275, by the Treaty of Orleans Artois, Blanche, Queen of Navarre, betrothed his daughter, Jeanne, the future Philippe le Bel, preparing the meeting of Navarre in France. In Castile, the King of France took advantage of infants de la Cerda against Sancho, son of Alfonso X, but could not cross the Pyrenees. Finally, at the instigation of the Pope and Charles of Anjou, Philippe took the lead a crusade against Aragon after King Peter III has sparked the massacre of the Sicilian Vespers (1282) against the Angevins of Naples and surrounded the crown of Sicily (1283). In 1285, the French army conquered Roussillon and crossed the Pyrenees. After the difficult siege of Girona, the king of France was soon retreat. It was during this retreat that Philip died in Perpignan, 5 October 1285. Philippe retained the ministers of his father, but raised his favorites, such as Pierre de la Brosse, and let the intrigues of course tie around his wife intrigues that may explain the errors of his southern policy. His reign was marked by the first ennoblement granted by the king and the prohibition of ennoble their feudal vassals. Widower of Isabella of Aragon, Philip married in 1274, Marie de Brabant. His first wife, he was the future Philip IV and Charles, stem from the house of Valois. The second, he had including Louis, stem from the house of Evreux.