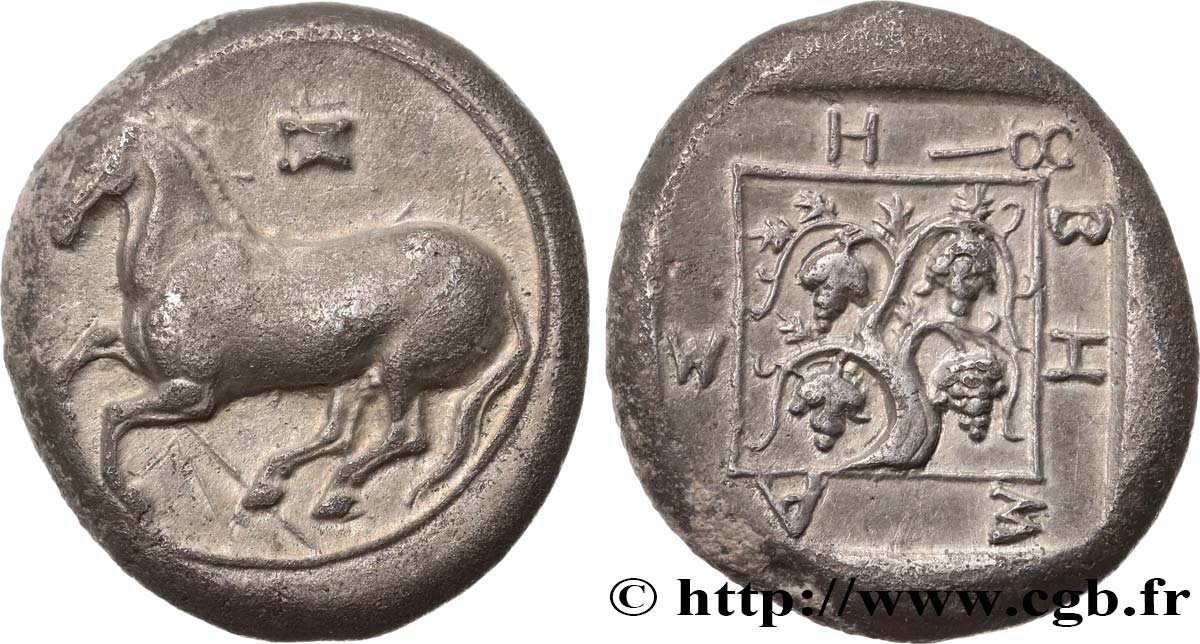 Maronea name, which had been colonized by people of Chios, just Maron, a priest of Apollo who gave Ulysses way to neutralize Polyphemus drunk in the making. Maron is also described as a son of Dionysus, the Greek god of wine and intoxication. Wine and vine were so important, where the representation of Dionysos right, and the city was famous for the quality of its wine which is even mentioned by Homer in the Odyssey. The city itself, the ancient Ortagurea, located on the north shore of Lake Ismaris on Sthénas river was near Dikaia and also located Abdera in Thrace. She received settlers from Chios about 540 BC It finally lost its independence when Philip II of Macedonia occupied the.