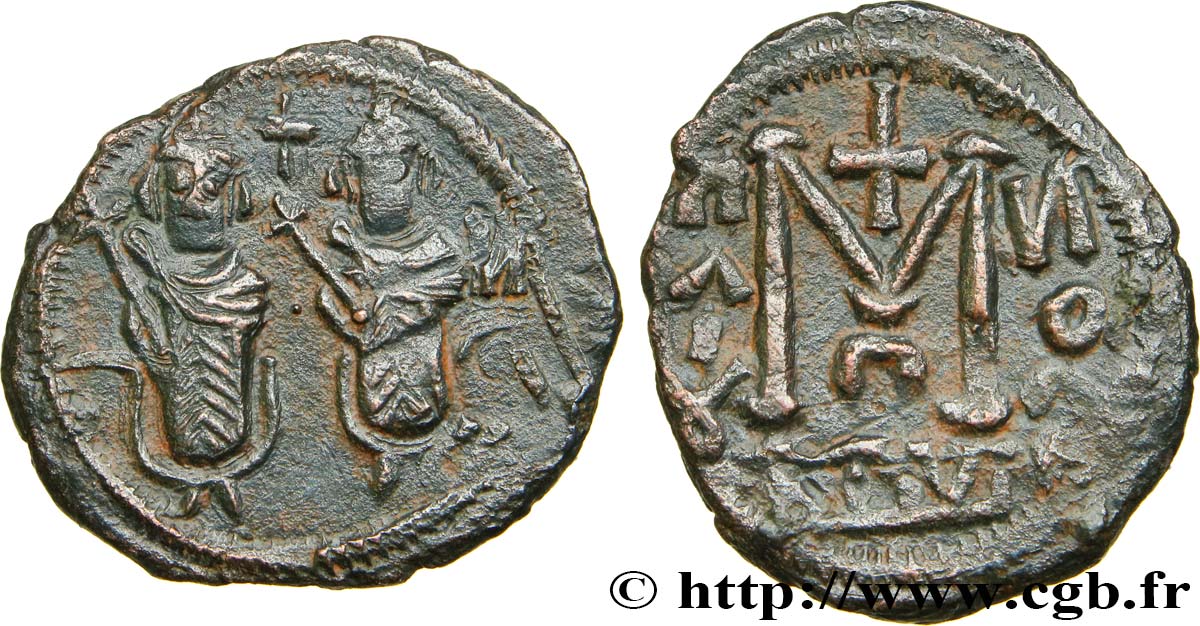 After the defeat of the Sassanid power, Muslims overran the Byzantine Empire less than ten years after the death of Muhammad (632 +). Heraclius still lived long enough to see the Muslim troops invade Syria, Palestine and Egypt. In fall 642, Egypt is permanently lost to Byzantium. It seems that the new invaders have first retained the Byzantine monetary system which they imitated the existing currencies, they named fals, deformation crazy. These imitations were produced for fifty years and gold dinars, imitation of Byzantine solidi. Ali, the fourth caliph and last of the line of Mohammed (he is both his cousin and foster brother and son) sees her challenged by Mu'awiya, governor of Syria, which has a well-trained army power defeated the Byzantines. Ali is defeated and killed. The Umayyads, named Umayya, Mu'awiya's father) establish their capital in Damascus, and with them is lost the elective nature of the function of caliph. The majority of believers, Sunnis accept this change. But Muslims ("Shi'at Ali") or Shi'a "party of Ali" remain committed to the idea that only the descendants of Muhammad can claim the title of caliph, imam, or rather, a word which implies a power by divine right.