bca_281806 - CHARLES THE BALD AND COINAGE AT HIS NAME Denier 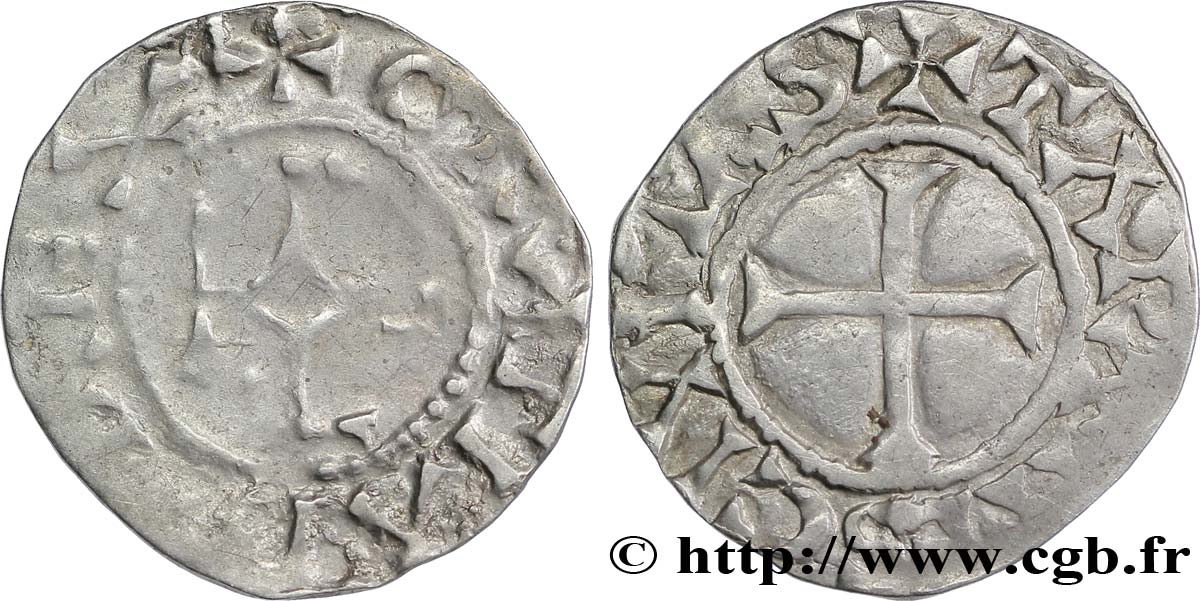 CHARLES II THE BALD AND CURRENCY ASSETS TO ITS NAME

Charles was born in Frankfurt am Main on June 13 823 and is the youngest son of Louis the Pious. Preference that his father gave him his elders leads to many conflicts. He allied himself with his brother Louis the German fight for their elder brother Lothair. The latter was defeated 25 June 841 near Auxerre. In 843 the Treaty of Verdun, Charles and Louis divided the Empire. All countries located west of the Scheldt, the Meuse, the Saone and the Rhone returned to Charles. In 875, he went to Italy where he was crowned emperor by Pope John VIII. After the death of his brother Louis the German 876 occurred on July 28, Charles annexed its territories. Nephews Louis rebelled against the imperial authority, and 8 October 876, Charles was defeated at Andernach. This defeat forced him to recognize the authority and hereditary earldom. He died in Avrieux, Savoie, 6 October 877.

CHARLES THE BALD AND COINAGE AT HIS NAME Denier anonyme VF
150.00 €