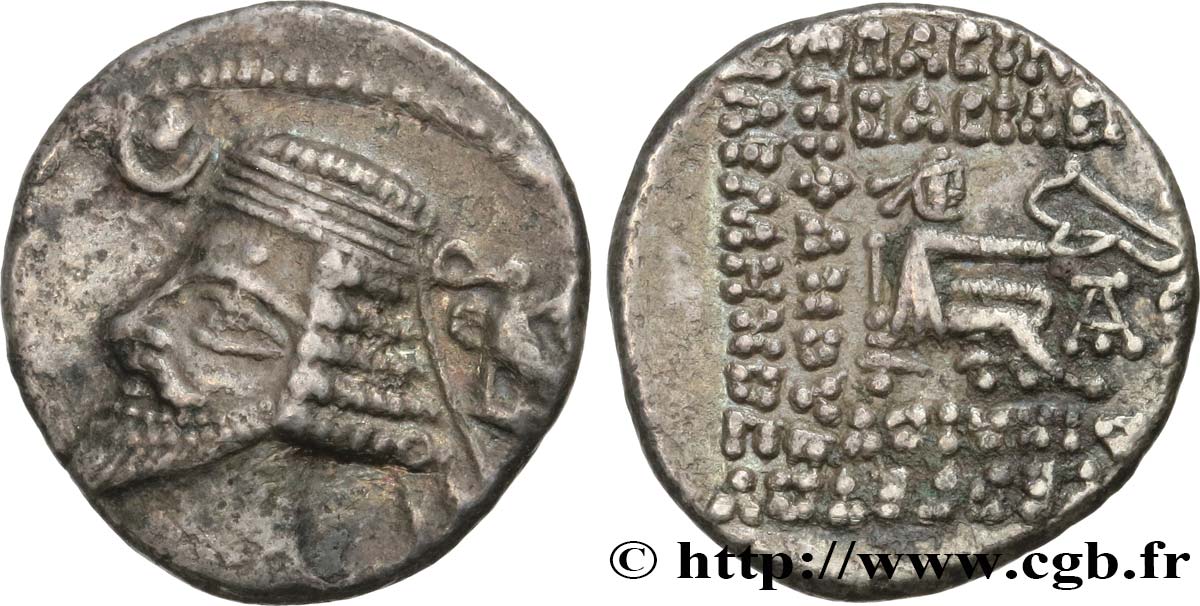 Phraates IV is a son of Orodes II (57-38 BC), the winner of Carrhae in 53 BC and brother Pakoros I, killed fighting the Romans in 39 BC At the beginning of his reign, he had to first fight against Mark Antony, who had invaded Armenia with sixteen legions (100,000 men). The triumvirate made the mistake of leaving his rear (luggage and war machines) with only two legions. Phraates exterminated which forced Antony to retreat, losing a third of its workforce. Tiridates, Parthian general, revolted in 29 BC and forced the king of kings to seek refuge with Saka who helped to recover the throne of his fathers. Tiridates, by fleeing, seized the son of the Arsacid and found refuge with the Romans. Augustus gave the child to his father and settled Tiridates to Rome. But it fomented further unrest in Mesopotamia and after some success was finally eliminated. Relations with Augustus were better and 20 BC, he returned the signs and prisoners taken from Crassus in 53 BC Phraates IV, like his father and grandfather, was assassinated in instigation of his son Musa and Phraatakès young Italian slave Augustus had offered.