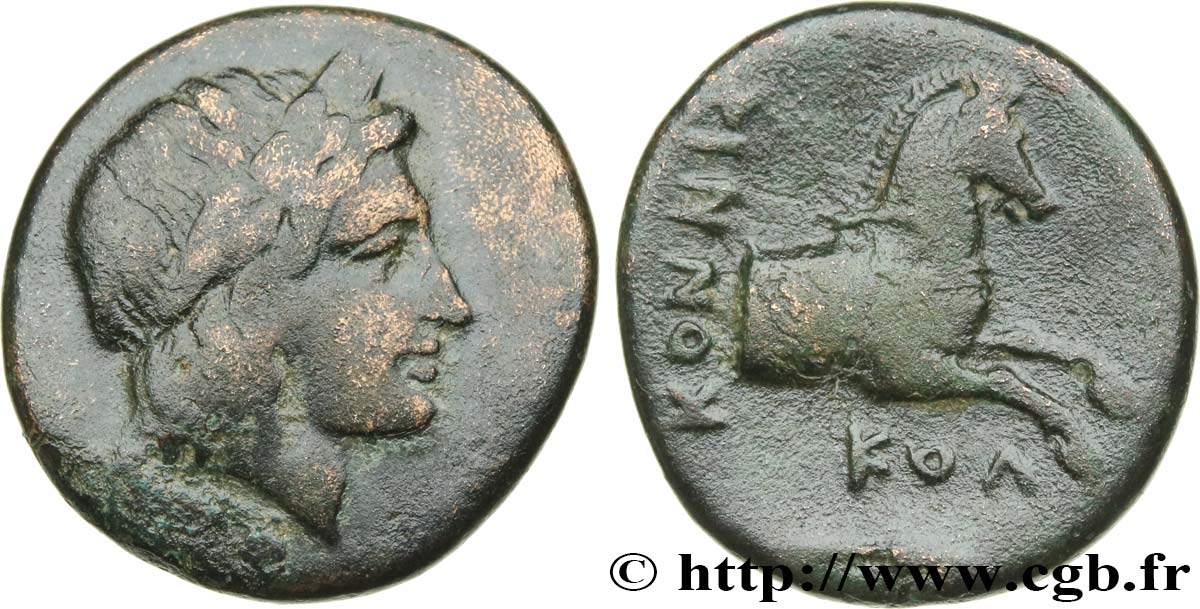 Colophon was located on the banks of the Hales and calamon, down to the sea, midway between Teos and Ephesus. The city was said to have been founded by Andraemon Pylos, whose tomb was nearby. Gyges, king of Lydia, captured Colophon in the sixth century BC It then came under Persian rule was part of the Ionian revolt and was destroyed by the Persians. She went into the Delian League under Athenian domination since its founding. She seems to have suffered the fate of cities of Ionia who were tossed between Athens and Sparta between 413 and 387 BC The city of Colophon was destroyed by Lysimachus in 299 BC and the inhabitants moved then Notion, wearing Colophon.